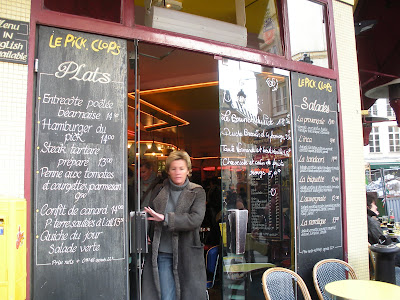 Because I just got back from a wonderful weekend in the Jura (photos to come soon…) I am taking the lazy way out for this Authentic France Travel Tip Tuesday and am referring you to David Lebovitz’s wonderful recent post about his favorite hidden spots in Paris.
Just click here.
David’s blog is always a great read, but this particular post is definitely one to save for anyone planning to visit Paris soon.

***”Authentic France Travel Tips” are posted every Tuesday and give ideas for savvy travellers who want to experience the authentic side of France. 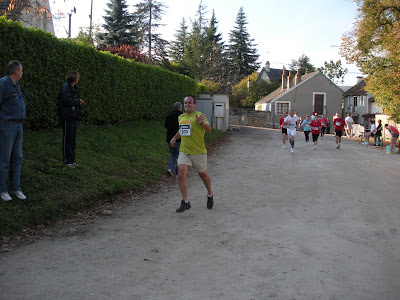 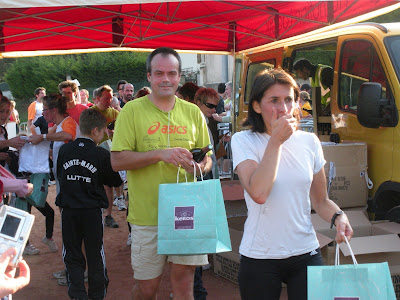 Today’s Lesson is about nourishing your “grain de folie“, which means that little spark of craziness that flickers at the base of your soul.
The French love people who embrace completely insane ventures. I fit in quite well here for this reason, as my life is more or less a succession of crazy projects.

In France, the entire country follows extreme sailing races with religious fervour, such as the Vendée Globe where sailors have to make a solitary, unassisted lap of the world without any stops.

Sailors such as Maud Fontenoy who routinely embark on projects such as a solitary row across the Atlantic are revered. So are modern day aventuriers such as Nicolas Vanier, who is famous for his arduous dogsled expeditions across the Arctic in the dead of winter when there is hardly any daylight.
And have you ever heard of or seen that guy, Alain Robert, referred to as”Spiderman” who climbs up huge buildings such as the New York Times Building without any ropes or equipment? . He suffers, incidentally, from a bad case of vertigo.
He’s French.
In the spirit of my adopted country, back on October 18th I made a declaration in front of a large audience of people: I was going to run in the Nuits-Saint-Georges 10K race on March 21st.
The reason wasn’t to lose weight, or to find my inner runner, or to take care of myself.
Rather, seconds before I had just watched Franck run through the finish line at the Savigny–les–Beaune 10K, and witnessed that gleam in his eye that one gets from doing something a bit crazy.
I want some of that, was what I thought to myself.
Of course, I committed myself before thinking through the logistics. In fact, I committed myself before thinking much at all.
If I had, I might have concluded that training to go from not running at all (and having had a third C-section) to running 10K during the months of November, December, January, and February is not ideal.
I have run with hail as big as one Euros pelting off my head, I have run on days when it has been so cold my Ipod actually froze, I have run in freezing winds that have blown down straight off the plains of Siberia.

And no, in case you’re wondering, I didn’t experience some kind of mental and physical transcendence as a result of these hardships, or established a dialogue with the divine.

Also, I didn’t stop to think that with a full time job, a baby, and no child care to speak of actually finding time to run would be a bit of a head-scratcher.

Ideally I would like to run three times a week, but in fact I only get out two times, sometimes only one time. That means that the most I have run so far is 9km. And I still run laughably slowly – so slowly that some people actually walk faster than I run.

However, despite all that I am going to at least try running 10K next Saturday. I could cancel, I could beg out by saying my knees were sore or my back was out. But then my grain de folie would be so disappointed.

Besides, I still want that crazed gleam in my eye too…not to mention the wine they serve at the 9th kilometre rest stop. 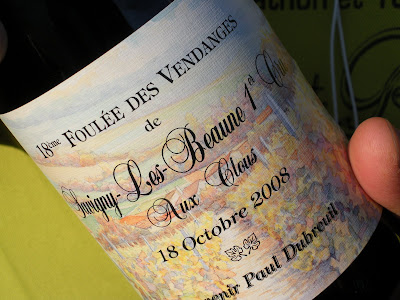 ***Frenchitude Fridays (French + Attitude = Frenchitude) give ideas for injecting a bit of frenchness into your life, whether you live in Savigny or Savannah. 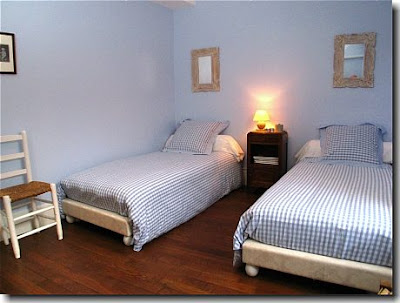 I was surprised and thrilled and to find Grape Rentals featured in the latest issue of “Stars & Stripes” magazine which is sent out to US military personnel posted in Europe. 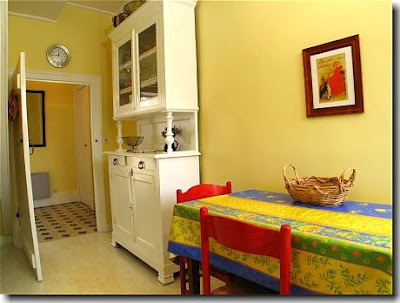 Just click here and scroll down to see;
http://www.stripes.com/article.asp?section=103&article=61272 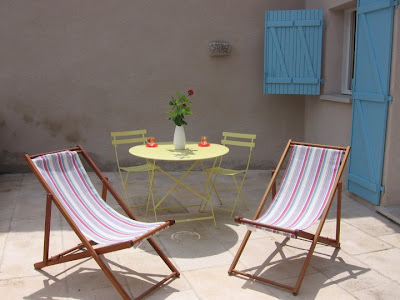 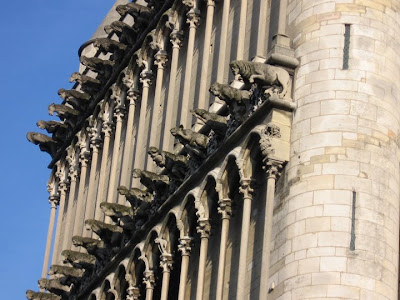 Sorry for posting another one of these again so quickly, but the last one was a lot of fun and I feel I need to get some revenge.

Hint: It is in France (evil cackle). My sisters are not allowed to answer! 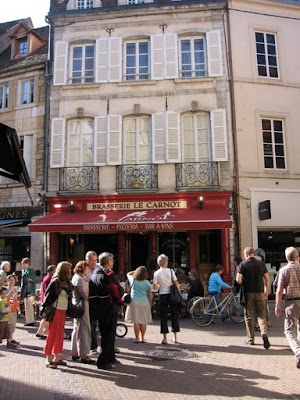 You are sitting on the terrace of a Café Carnot in Beaune, and the white apron-ed garçon comes by to take your order.
“Bonjour,” you use your best French accent. “I don’t speak much French. Do you speak English?”
The garçon‘s mouth tweaks in a smile.
“My Tailor is Rich,” he says.
***
Despite having heard about the enigmatic nature of the French, you are most likely thinking at this juncture, what the hell kind of answer is that?
The above exchange, which can occur in boulangeries, marchés, and winetastings all over France, illustrates a cultural misunderstanding that continues to boggle my mind even after five years living in France.
When French children learn English in primary school, traditionally one of the very first phrases they learn to say is My Tailor is Rich.
Not very exciting, I know, but just take a moment to ponder the scintillating sentence Jack and Jill went up the Hill.
By answering My Tailor is Rich in a heavy accent, a French person is mocking their own lack of English.
What I have never been able to figure out is why on earth French people think that Anglophones could possibly understand the meaning of My Tailor Is Rich. Have they truly never stopped to reflect that native English speakers have, by definition, never had to learn English (and thus been initiated into the world of Rich Tailors) as a foreign language in school?
Judging from the frequency that the French answer Do you speak English? with My Tailor is Rich, apparently not.
To conclude, for all of you Anglophones out there; My Tailor is Rich = My English is Laughably Bad.
And for all of you French, just for the record; when you announce to an Anglophone that Your Tailor Is Rich, they understand that you do have a tailor (which is frankly a bit odd in this day and age), and that he really is Rich.
However, they have no idea why you are telling them this.
***”Authentic France Travel Tips” are posted every Tuesday and give ideas for savvy travellers who want to experience the authentic side of France. 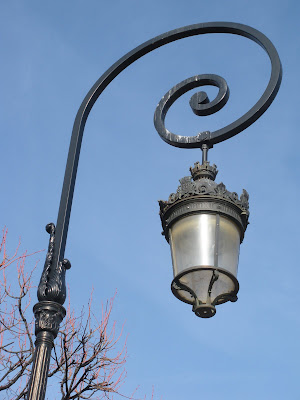 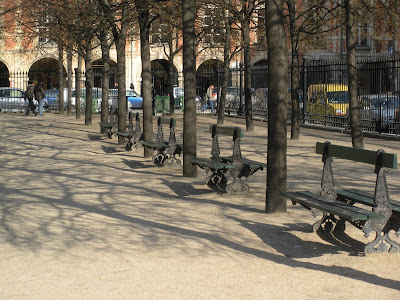 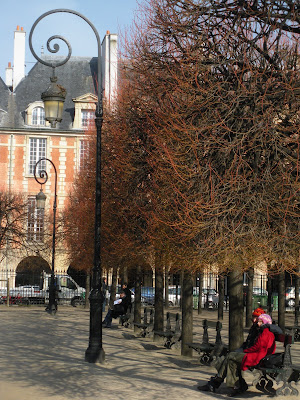 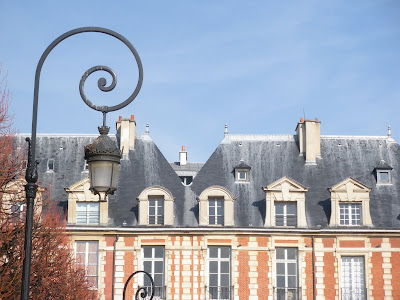 Hint: It’s not in Burgundy
The winner will earn eternal fame, glory, and claim to Frenchitude. 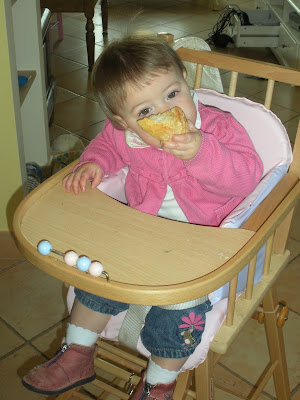 Don’t try to convince French people that bread is bad. You will get laughed out of the room.
Here in France bread (along with wine) is considered the staff of life. Just for the record, Wonderbread-type loafs do not count as bread.

Real bread has to be bought fresh on a daily basis and includes only yeast, water, flour, and salt as ingredients. If it doesn’t go stale within 24 hours it is not considered bread in France.

French people will travel far and wide to find the best daily baguette. A local tip for anyone coming here to our little valley in Burgundy; we buy our daily baguettes from the little hole-in-the-wall bakery in the nearby village of Comblanchien. Go, buy, taste, and you will discover why this makes total sense.

The first solid food a French baby eats is always a stump of baguette – commonly referred to as a quignon de pain in local patois.

When I was at Villers-la-Faye’s annual Bastille Day village picnic last July with a five month old teething Clem, all of the village grandmothers kept ripping up the baguettes on the picnic tables and shoving quignons in her little hands, insisting it would be just the thing for her gums. 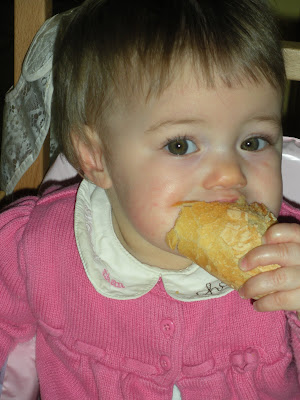 Turns out they were right, although I was too freaked out by the prospect of her choking (my choking paranoia is a whole other story) to give Clem her first quignon until she was close to eleven months.

She is piercing molars now, and gnawing on a quignon really does seem to help.

Clem naturally loves the taste of bread. She refers to it as an “ah-toe” (gateau) which is a high compliment indeed. She calls only her very favorite foods “ah-toes“, although unfortunately this list still includes clumps of dirt off the floor. 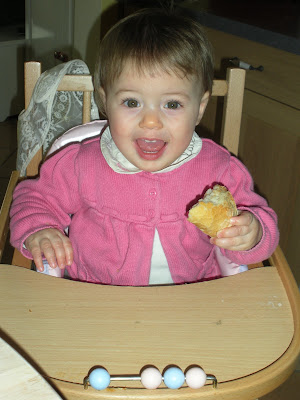 Anyway, that pesky dirt issue aside, as you can see from the photo above, Clem’s love affair with good bread has begun.

**Frenchitude Fridays (French + Attitude = Frenchitude) give ideas for injecting a bit of frenchness into your life, whether you live in Cahors or the Carolinas.

The French movie industry is booming, and has been for some time.

Many people go on about how American culture is submerging all other cultures, but French movies are concrete proof that this is not always the case.

I love French movies; they are unpredictable, fresh, and regardless of the subject matter exude a quintessential Frenchness (or Frenchitude, if you will). 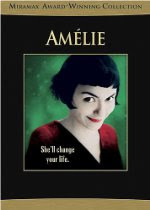 Most French people I know here in Burgundy go to see just as many, or more, French films than American films. There is a misconception outside of France that French cinema is still as intellectual and experimental as in the days of The New Wave. I think that particular period gave French movies the reputation of being fist-gnawingly boring that they are still having a hard time shaking decades later.

In fact, the majority of French films being produced are comedies, or at least dramas with a comic bent.

The latest huge French film success, “Bienvenue Chez les Cht’is” which is a hilarious play on the clash of regional identities between Northern and Southern France, was produced by a famous French stand-up comedian, Danny Boon. It has since been optioned by Will Smith who is making a US remake called “Welcome to the Sticks.” Thankfully, French cinema is no longer about watching a person sleep on screen in real time.

If you are planning a trip to France, or even if you are not, there is no more enjoyable way to immerse yourself in French culture than by watching French movies. To see my favorite picks, along with my reviews, just click here.

Now dim the lights and shhhhhhh!
***”Authentic France Travel Tips” are posted every Tuesday and give ideas for savvy travellers who want to experience the authentic side of France. 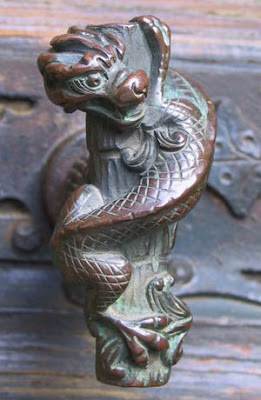 The latest issue of our online newsletter, “The Grape News” about all things Burgundian has been sent out. You can read a copy by clicking here;

If you didn’t receive a link to The Grape News in your email in-box and you think you should have, please let us know at laura@graperentals.com and we’ll make sure you’re on the mailing list.