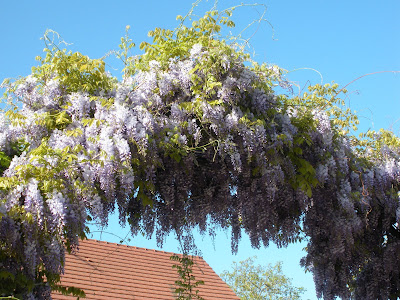 May in France is a month of statutory holidays. Today is another one, and I have frankly lost track if it is something to do with the Catholic calendar (Ascension or Pentecost maybe?) or one of the World Wars or some kind of “reward the workers” thing.

Anyway, it doesn’t matter. Like the rest of France I am going to take the day off and admire the gorgeous wisteria blooming everywhere instead of working. 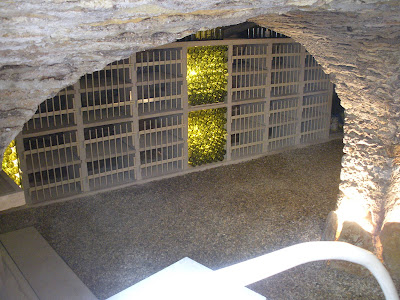 We’re not quite sure yet how we’re going to shoehorn 30-odd guests and a healthy gang of children down in the Beaune wine cellar for its baptism on the 17th, but seeing the progress that has been made so far we haven’t entirely given up on miracles… 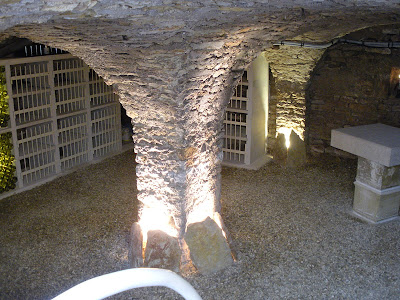 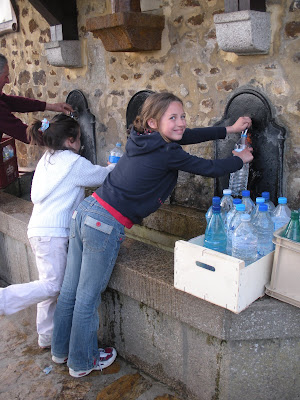 On our recent visit to Normandy we jumped at the chance to visit a nearby monastery – L’Abbaye de la Trappe. Like the huge majority of monasteries in France L’Abbaye de la Trappe is a real live monastery inhabited by real live Trappist monks wearing honest to goodness monk’s habits and huarache sandals.
For the children I sometimes wonder if this isn’t better than Disneyland.

In Normandy we took all seven of them to the monastery and three of them spotted the monk manning the cash register in the monastery shop and, complete with finger pointing, yelled out at various times, “Regardez! There’s a MONK!!!”

The monk in questions must have been very used to this, or perhaps very holy, because he didn’t bat an eyelid.
Here are my reasons for visiting monasteries whenever possible in France:
1. French monks are gifted at making wonderful products such as the world famous Fromage de Cîteaux here in Burgundy, or the wonderful homemade confiture de lait made by the monks at L’Abbaye de la Trappe. Often you can only buy these products in the monastery itself, and in my opinion they really need to be tasted.

2. The monastery shops are amazing spots for picking up wonderful gifts for people back home – especially Catholic people back home. Our Irish friend Patrick couldn’t believe his luck when we took him to the shop at our local monastery (Cîteaux) on his visit just before Christmas. “It’s all my Chrsitmas shopping sorted!” he cried in delight. Indeed, he bought miraculous medals for all of his Catholic aunts (Auntie Colleen, Auntie Maisie, etc.) which I am sure they are now sporting with pride over on the Emeralde Isle.

3. Since Roman times monks have been experts at finding wonderful sources of pure water. At L’Abbaye de la Trappe, as with many monasteries in France, you can fill up your water bottles with “miraculous” water that boasts many health and spiritual benefits. At Charlotte’s family house in Normandy water from the Fontaine Saint Bernard just in front of L’Abbaye de la Trappe (photos above and below) is all they drink. I actually did enjoy fine health in Normandy, but then again it could have been the cider. 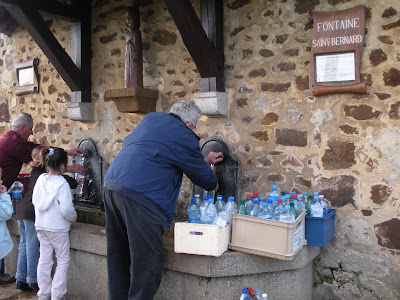 4. If they are open to the public it is really worth going to one of the services at a French monastery. Most of the services at Cîteaux are open to the public, and the monks’ chanting is beyond sublime. Because we almost always go with The Bevy, we favour the shorter evening Vespers service that is a wonderful example of austerity and beauty (not to mention mind-blowing acoustics). Franck and I particularly love going in the wintertime – the atmosphere suits Burgundy and the monastery perfectly.
5. Learning about the history of French monasteries is essential to understanding the history of France. Take Burgundy for example: monks from Cîteaux (which is where the Cistercian order was founded) were among the first to cultivate vines in Burgundy, and certainly the first to bring the resulting wine to such amazing levels of quality. Their savoir-faire is the basis of the winemaking tradition in Burgundy today. They also built the Chateau Clos de Vougeot which was the linchpin for wine production in Burgundy and suffered martyrdom during the French revolution. The history of French monks is a fascinating angle on the overall history of France.

I found this wonderful site which indexes monasteries all over France, so you can check and see if there is one in the region you are visiting.

Last week I asked what you thought could possibly be contained in this box: 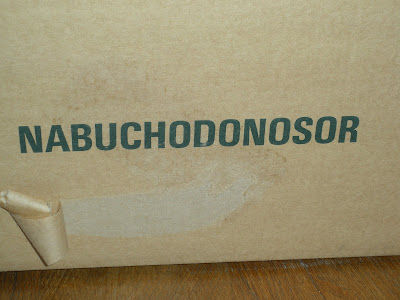 And the huge majority of your answers were completely on the right track.

I was frankly a bit surprised – not because I underestimate your intelligence in the least – but because for me the word Nabuchodonosor always conjures up a bizarre image of a beret-wearing, wine-swilling French dinosaur.

The box did not contain a dinosaur though, as you clever readers figured out.

A Nabuchodonosor was first and foremost one of the Babylonian kings thoughtful enough to bring incense and myrrh and all that jazz to Baby Jesus in the manger (bingo, Karen).

However, for reasons unknown to me at present, the name was borrowed in French wine and champagne circles to denote a bottle that contains 15 Litres of these heavenly beverages.

Let’s take a peek inside the box: 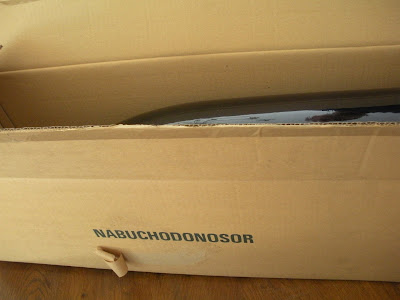 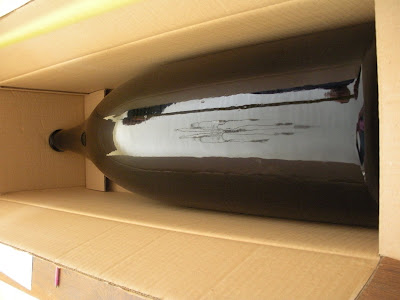 Ta-Dum! It’s like the Titanic of wine bottles, isn’t it? 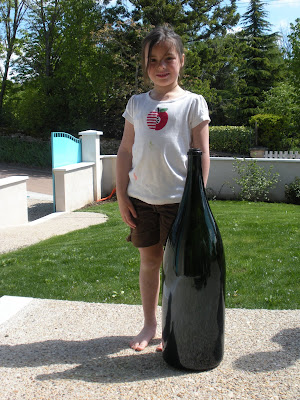 It is more than half the height of Camille. 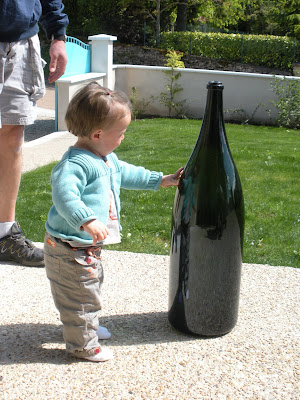 And a wee bit taller than Clem, who viewed it as competition (maybe a fourth child?) and tried her best to knock it over to smash against the stone veranda.

Luckily for us and the wine cellar she didn’t – that would have been a lot of glass shards to clean up before she started feasting on them. 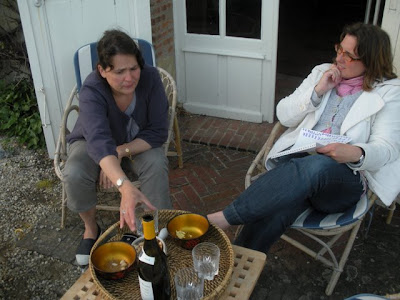 L’apéro is a sacred moment here in France. It is that wonderful moment when you can sit down, kick back, and enjoy a lovely drink of something nice.
This was a evening ritual with Charlotte in Normandy. Franck, Charlotte, and I would feed the seven children, put the two littlest down to bed, get the others settled doing something and then ahhhhhhhhh…it would be our time to gear down, chat, and get ourselves in the right mood for dinner.

What you drink during an apéritif can vary widely: anything from basic wine to champagne to kir to pastis. It doesn’t have to be alcoholic either – apple juice is just fine. In Normandy we did things the traditional way and sat down to a bottle of chilled Normandy cider and slices of local sauccison every evening before dinner.

The main thing is to take a moment to sit down and savour that particular moment in time. The French have always been good at this practice, but there’s absolutely no reason why you can’t be too.

And on Monday I will answer yesterday’s Burgundy quiz!