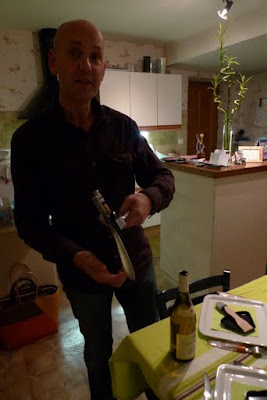 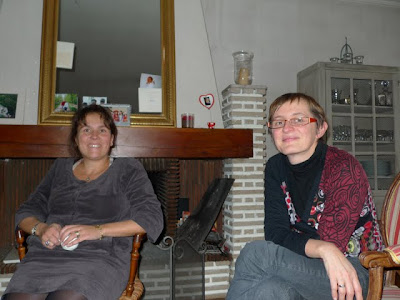 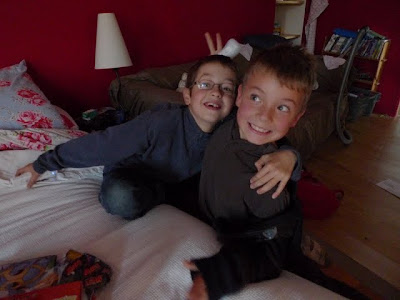 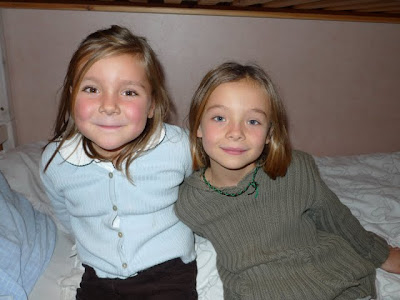 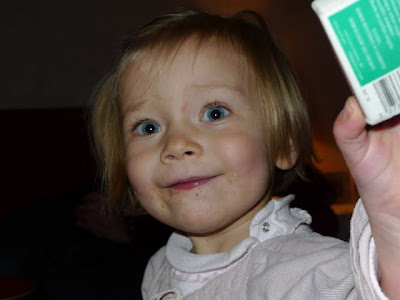 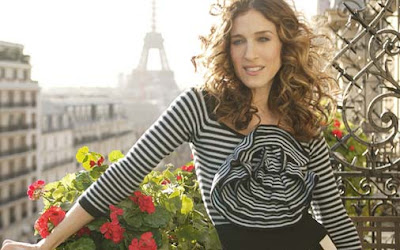 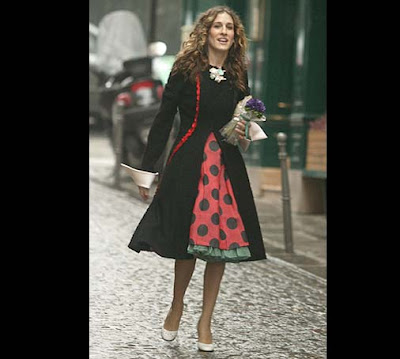 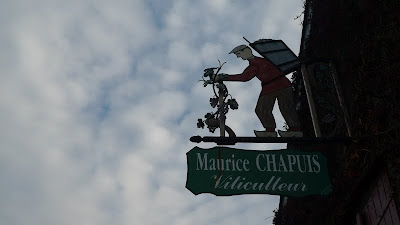 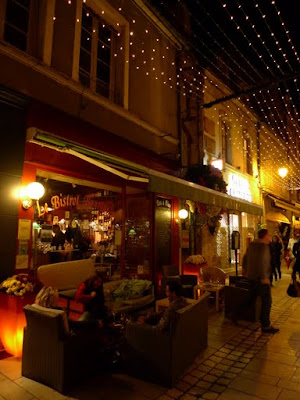 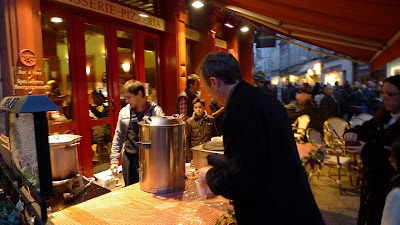 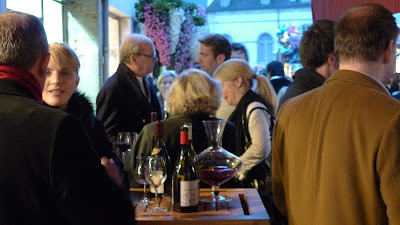 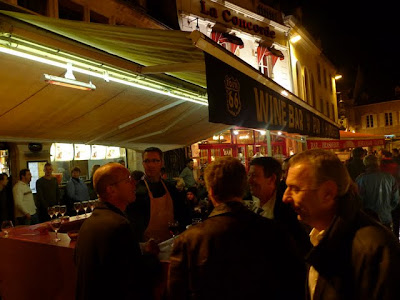 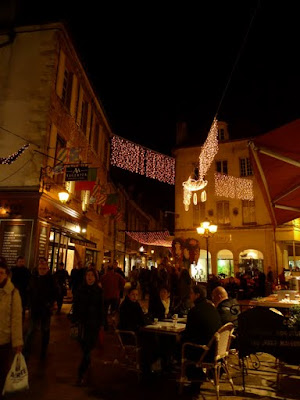 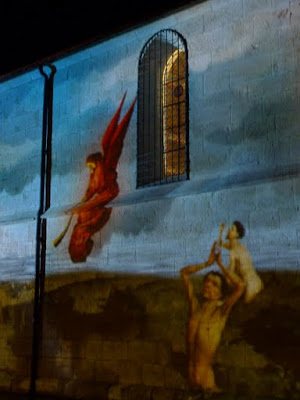 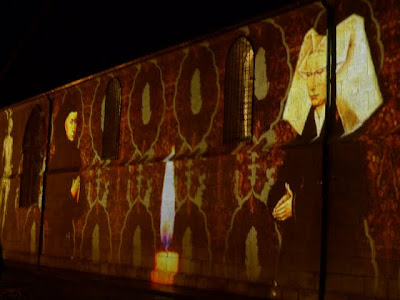 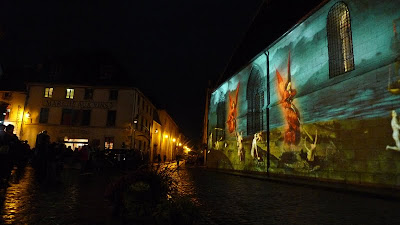 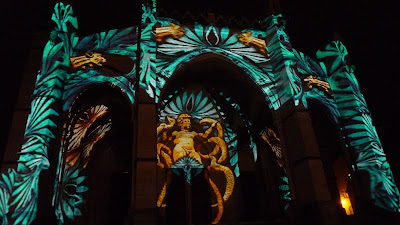 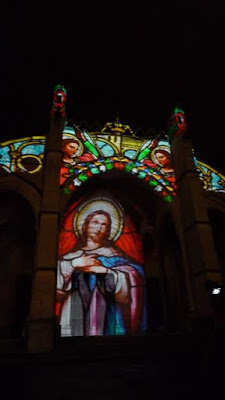 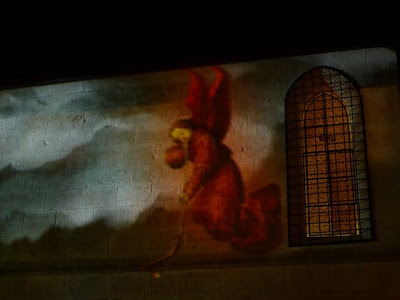 We haven’t done one of these for a while! Bonus points for knowing what is going on in this photo, and in honour of what occasion?

Sent to me by Isabelle. Sarkozy aussi…. 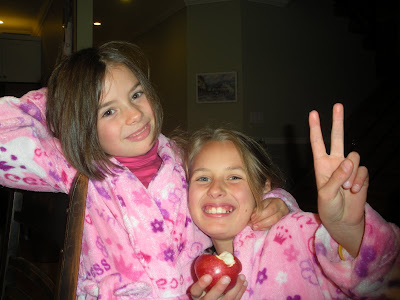 With Franck away in Burgundy I’ve been handling what I call the “arsenic hours” of 4:00-8:00pm on my own. Homework, dinner, dishes, bath (all with, in my case, a whinging toddler attached to one of my legs).

However, I still have managed to get the bevy down to a hot, sit-down dinner every night and take a moment to unwind and chat with them about their day. I am of course, having to discipline Clem throughout, i.e. “Sit down, sit down, SIT DOWN!” and “Don’t you dare throw your food on the floor…ah, dammit!”

So, really, it is not all that relaxing for me, but I believe the bevy need it to give a sense of normalcy to their lives when Franck is away. So even though my mind is inevitably three steps ahead of dinner, as it is wont to do during the arsenic hours, I try to slow myself down and encourage the girls to take their time eating.

Two nights ago Charlotte who, along with Camille, is doing some culture catch-up of her own in the form of becoming obsessed with the movie High School Musical, was bolting her food.

A sheepish smile. “I want to finish quickly so I can watch High School Musical again.”

“Not if you eat fast,” Camille decrees.

“Mom!” Charlotte wails. “I’m still French even if I want to finish to watch High School Musical, right?” (I can’t help but notice that this argument about not being French takes place entirely in French)

“Sure,” I agree, distracted. Clem has just dumped her pasta with bolognaise sauce all over the floor.

“Non,” Camille insists. “French people eat slowly. That is what being French is all about.”

So there you have it. According to one Grade 2 girl at least, eating slowly is the essence of Frenchitude – even in the face of such worldly temptations as High School Musical. 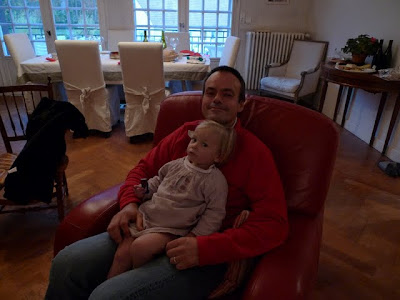 Franck relaxing with his god-daughter Mauhault (and Clémentine’s buddy) at Charlotte’s house in Beaune after a wonderful blanquette de veau.

As The Novel Woman would say, *le sigh*. 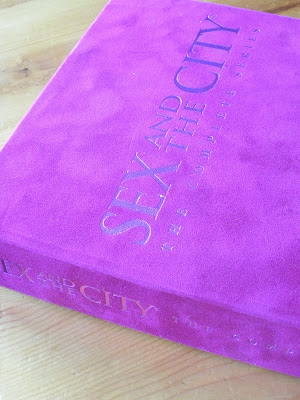 Who knew that catching up on North American culture could be so fabulous?