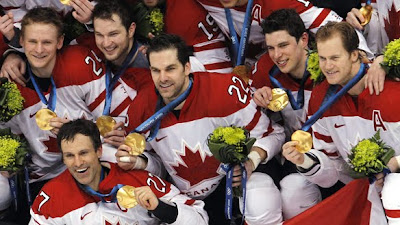 I’m so thrilled, I forget how to say “revenge is sweet” in French. 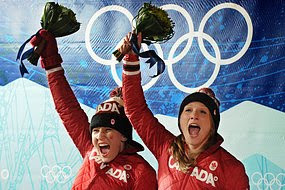 Can I just say that I have been amazed during the Olympics at how the female athletes are such amazing role models for girls? What a dramatic improvement over the vapid and appearance obsessed females that have invaded our popular media.
Cindy Klassen, the women’s bobsleigh teams, the Canadian women’s hockey team…as I told my girls, these women are an inspiration. They have found a passion and are brave enough to follow it, and they are eminently more concerned with what their bodies can DO than how they look.
And I for one have no problem with the women’s hockey team celebrating with beer and cigars after their gold medal victory. What a perfect example of a media stoked ruckus over nothing. Didn’t everyone (including me) find Jon Montgomery hilarious in his post victory beer marathon up at Whistler, most of which was broadcast dotingly by an approving media?

The women’s hockey team earned the right to celebrate any way they choose. The fact that they did celebrate their victory in a full-blooded way illustrates that they didn’t stop for a moment to think about packaging themselves for public consumption. 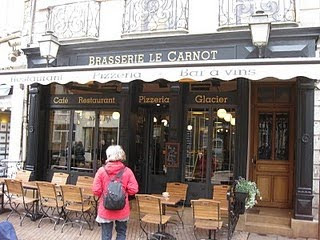 In her ever-fabulous blog which documents their time at La Maison des Chaumes while her husband John is on sabbatical, Lisa K. from Lethbridge just posted a photo (above) of her favorite cafe in Beaune, where her and her husband John have taken to having breakfast (our guests are smart people…).

I’m not sure if Lisa knows this, but the “Brasserie Le Carnot” is also the favorite cafe of Franck and I in Beaune, and in my humble opinion the very best place for people watching.

As you can see it recently underwent a paint job and has now transformed from red to a cool green. They’ve also apprently invested in some cool new chairs.

If you are in Beaune I urge you to stop and enjoy an espresso, a breakfast, a meal or a glass of wine here. You can’t get much more French, or Beaunois, than this. 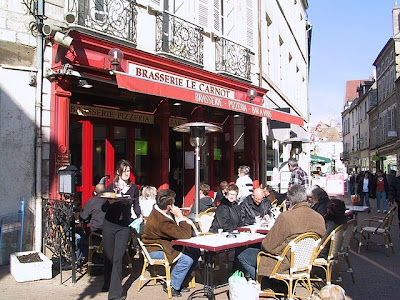 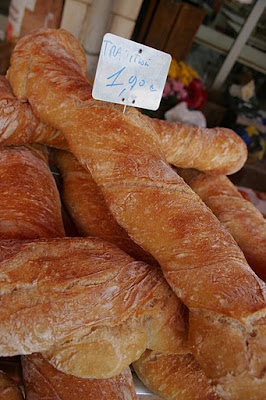 Franck and I have been doing some nettoyage de printemps on our reservation calendars for our four rental properties in Burgundy for 2010.

So here is our remaining availability for 2010, in case you are planning (or dreaming) about a trip to one of the most authentic corners of France…

I’m going to highlight in red the dates that have recently opened up. 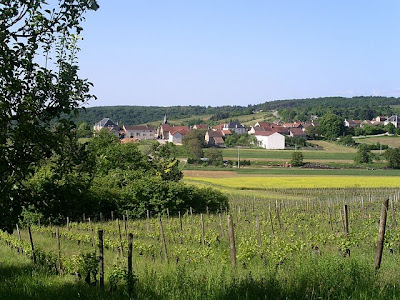 Now you too are completely up-to-date. Don’t forget I am also now a Twit and am posting regular availability, rental, Burgundian and other miscellaneous updates on Twitter. 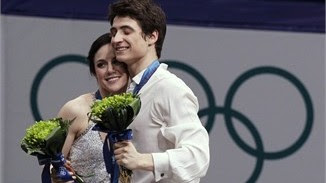 Olympic fever still reigns at our house, and we let the girls stay up last night to watch the ice dancing. We were all thrilled, of course, when the fabulous Canuck couple of Scott Moir and Tessa Virtue won Gold.

Even more touching, however, was the graciousness of their incredibly talented American counterparts and friends Meryl Davis and Charlie White, who skated a truly breathtaking program.

They came over to warmly kiss and congratulate Scott and Tessa shortly after the final results came through with warmth and sincerity. Throughout, they were the embodiment of Olympic talent, dignity, and good sportsmanship.

I think I am not the only TV viewer one who is frustrated by the journalistic emphasis on results throughout these Olympics. These are the very same journalists who then have the gall to shove a microphone under the mouth of “losing” athletes and demand “if they were not overcome by the pressure?”. More emphasis, I think, should be put on examples of the Olympic spirit such as that shown by Davis and White, and less on who has won or who has “lost” a medal.

Canada won the gold and that was deserved and wonderful, but equally important to me were the American ice dancers who won my heart along with their silver medal. 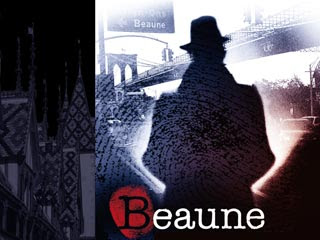 Last year ushered in the first ever Festival of Police Films (known collectively as les polars in French) in Beaune. This was the brain child of well-known French director Claude Chabrol – he of Madame Bovary and Merci Pour Le Chocolate who is also trying to set up a film school in Beaune.

Last year’s festival honoured the city of Paris, and the 2010 edition, subtitled “Naked New York” is enjoying a chew of the Big Apple

The festival runs from April 8th to April 11th at Beaune’s only movie complex – ‘Cap Cine – and many famous French actors are expected to attend. They always seem to jump at any occasion to come to Beaune (like the annual Hospices Wine Auction) because…come on…where on earth else can you drink wine that good? Also, didn’t someone say something about being naked?

Our friend Marjorie, she who did the amazing catering at our Beaune wine cellar baptism, has created “underground” culinary evenings for anyone who comes to Beaune and loves to eat fresh, local, beautifully prepared food. I know Marjorie, so I know I can recommend this experience to any and all visitors to Beaune. Her dinners will be amazing.

“On Friday’s The Cook’s Atelier welcomes up to twelve guest to an “underground” culinary evening. You arrive in a charming little Burgundian apartment (can’t say where) with wood floors, crown moldings, marble fireplace, filled with lovely shades of cream and white. The table is set with crystal stemware, vintage French linens, fresh flowers and plenty of candlelight. The prix–fixe menu is market-inspired and made from scratch. A recommended donation of 60 euros per person for six-courses.”

Photos coming soon and will be posted here!

To find out more, make a booking, or learn about Marjorie’s other amazing offerings (market tours, cooking classes…) just click here to go to her fabulous website. 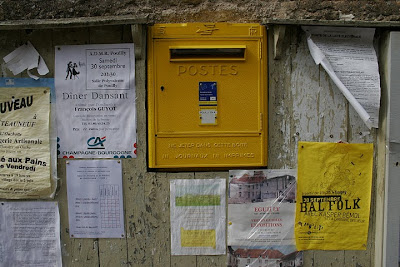 Enfin! I have joined the other twits. You can now keep up with everything to do with my crazy cross-cultural existence between France and Canada via twitter.

I am hereby “GrapeRentals” on Twitter, and you can follow me on there if, unlike me, you know how to use it! 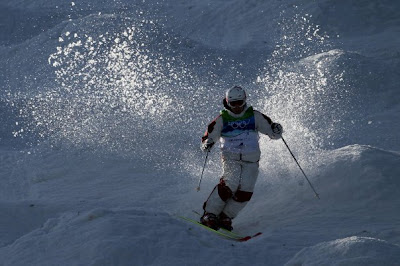 In the past three days, I have had a bit of a refresher course on what it means to be Canadian.

Last night my parents, the bevy, Franck and I watched live as the amazing Alex Bilodeau won the Gold in men’s moguls.

It was a glorious moment. His disabled brother – who Alex cited time and time again for being his most profound and enduring inspiration – was front row centre, cheering him on with the rest of the country. None of us cared whether he was anglophone or francophone, but only that he was, like all of us at that exact moment, a Canuck.

Our national identity is not necessarily something us Canadians spend our spare time pondering, but in the past three days of watching the Olympics play out in my beloved Pacific Northwest I feel that something patriotic has gelled not only inside of myself, but in the crowds thronging Robson Street and across the huge swath of land that is Canada.

I have to say I had a rather cynical start on this Olympic odyssey.

Franck and I watched the Opening Ceremonies together on our Valentine’s getaway up at Shawnigan Lake, and we couldn’t help but wince and groan when we saw the startled looks of consternation that the members of the VIP box were exchanging due to the AWOL First Nations chiefs.

That was just so Canada not to be able to get something like that right, I thought.

But then the camera shifted from the puddin‘ boy face of our pained PM to the golden awesomeness that is Michaelle Jean. It then panned over to the First Nations chiefs who had slipped into their seats (I wondered if they were delayed by the complicated business of one of the chiefs attaching what appeared to be live crows to either side of his head) and sat there with expressions that seemed to say, “In fact, we have been here all along. You were just not looking properly.”

In any case, their riveting presence certainly provided a refreshing change of pace from the sober-suited politicians and IOC members. And that’s when it hit me. This is Canada, not the States. It’s perfectly okay, expected even, not to get everything right. That’s what makes us quirky, and interesting, and humane.

Then came that amazing light show with the breaching orcas and the towering cedars, and KD Lang’s spine tingling version of Hallelujah in bare feet, and our very own slam poet with the communist era beard, and last but not least, the erectile dysfunction of the cauldron.

Seeing the sweat purling down The Great One’s cheek, and Catriona La May Doan’s tight lipped yet determined smile made me realize that in fact this ceremony was profoundly, 100% Canadian.

Things didn’t have to be Hollywood – perfect to be beautiful or amazing. In fact, the screw-ups made the whole thing WAY more interesting.

And the past three days have shown to the world that we do to the best of our ability. From VanOc’s recognition of a tragedy that everybody grieved for in the Opening Ceremony to Jennifer Heil’s central worry about letting down her fellow Canadians after being edged out for the Gold to Alexandre Bilodeau’s fist pumping gold medal victory last night, we have seen who we are and even more importantly, who we want to be, reflected back at us.

We’re far from perfect, and we don’t give a hoot if the rest of the world knows it. After all, it’s our flaws and flub-ups that allow us to mine that best part of ourselves.

Welcome to WordPress. This is your first post. Edit or delete it, then start blogging!