Franck and Martial were off early Saturday morning to the annual winetasting in the caves of the Hospices de Beaune. As usual they were very well equipped with a thermos of piping hot coffee, baguette sandwiches with jambon et fromage, and freshly baked croissants picked up from what we are discovering is a phenomenal little boulangerie / patisserie just steps from Le Relais du Vieux Beaune.

As always there was a big crowd, but Franck and Martial employed the savvy they had acquired over the past two years of doing this and managed to slip in front of everybody else. When the gates were opened they were – quelle satisfaction – first in line. 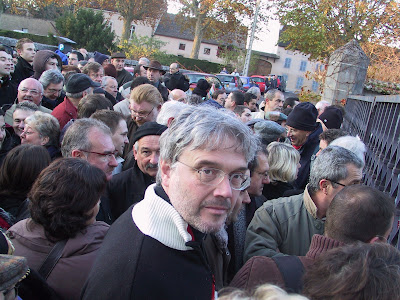 Watch out monsieur! Two scheming Frenchmen are trying to snag your place. 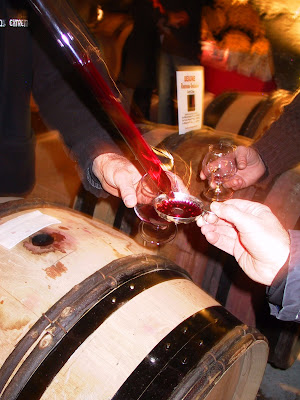 There was also lots of winetasting, bien sur, straight from the barrel as tradition dictates. 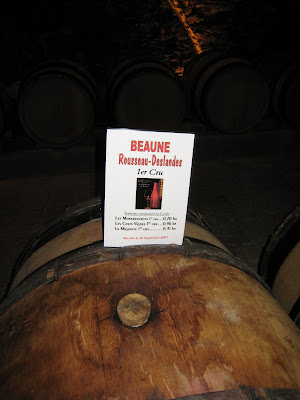 And lo’ and behold – lookey here – ring any bells? So this Rousseau Deslandes person didn’t just do something notable to have a street named after him (the one where Le Relais du Vieux Beaune is located at #19, to be precise). He must have donated some pretty nice vineyards centuries ago to the Hospices as well. Franck said the wine was very good. 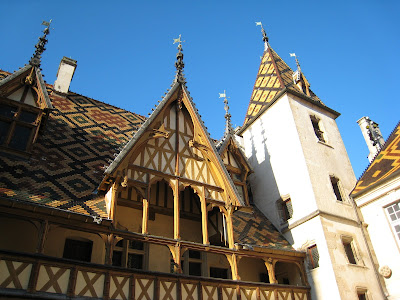 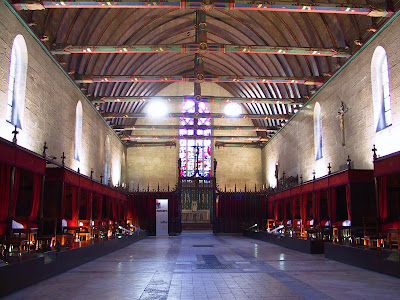 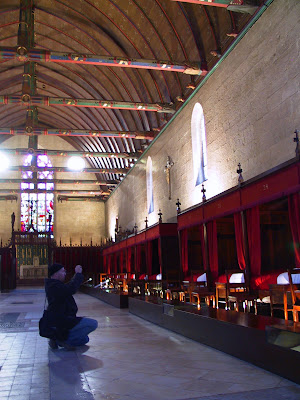 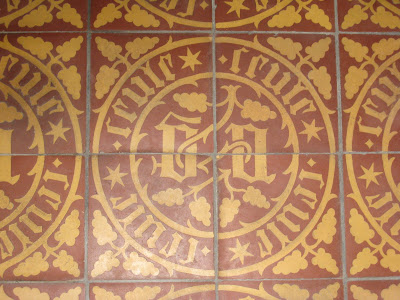 Martial turned out to be a very good tour guide, and showed Franck all sorts of interesting stuff. For example, you’ll notice the world “Seulle” written everywhere, which is the old french way of writing “seule” (only).

It turns out that the construction of the Hospices in the 1400’s actually stemmed from a phenomenal love story. Nicolas de Rolin, the benefactor, called his wife Guigone de Salins “son seulle etoile” (his only star) to prove how even though she was actually his third wife, she was the only one that counted.

See how above the ancient tiles read “Seulle” and then have a star…and in the middle there are the initials “N” (Nicolas) and “G” (Guigone) interlinked. 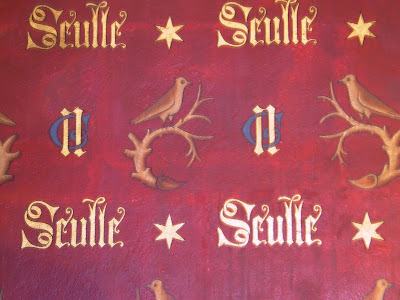 And here’s another example on one of the numerous phenomenally preserved tapestries. All in all a very satisfying and cultural morning out.

I must add here that this is one of the reasons I’m very happy to have married a Frenchman. None of the motley guys I went to high school with would ever voluntarily choose to spend a morning with a friend at a museum and be thrilled with it. However, I must admit they would have been all over the winetasting (more like guzzling) part though…