Sunday afternoon despite the cold weather – which was hovering just above zero – we made good on our promise to take the girls to see the Vente des Vins parade and have a jump on the bungee trampolines.

Tragically, the trampolines weren’t here this year. The girls were devastated for a moment, but quickly rallied around when they heard the marching band music coming from not too far off.

Here was the street scene when we got to the corner of the rue des Tonneliers and the rue de Lorraine. 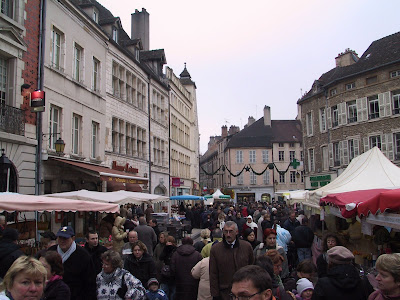 Here was the first musical group we saw who did this neat sort of clog dance that made a very satisfying noise on the cobblestones. 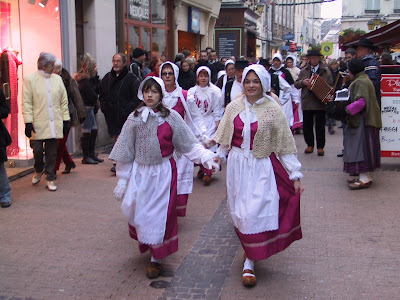 Then here are a few of the other parading groups… 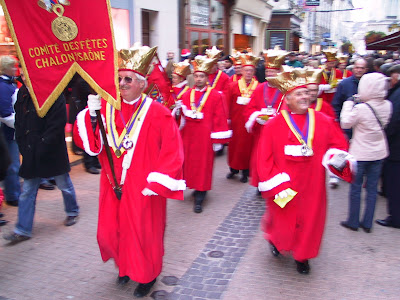 A brotherhood from nearby Chalon. 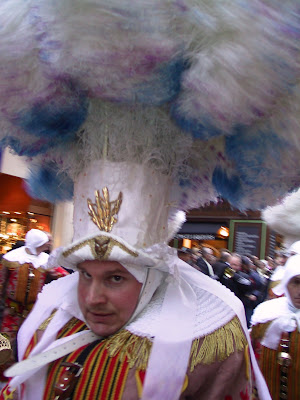 And some frankly scary looking guys from somewhere up in Northern France. Not sure what that costume is all about, but in my opinion it’s the stuff nightmares are made of. 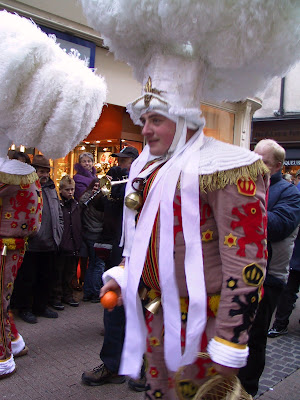 Then we mosied on over to the bottle opening competition (the women’s finals). The kids loved this. 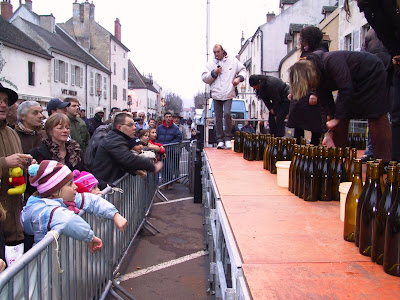 Then we peered in the market Halles to try and see the auction that was going on but it was pretty crowded. Apparently Burgundy’s reds are up 30% in price this year. However, we did think we saw the scalp of French actor Richard Berry who was the guest of honour this year. 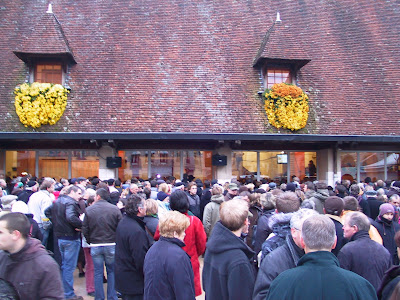 Then there was a ride on the manege – makes me dizzy just looking at the photos. 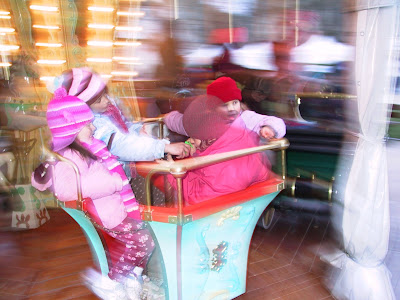 Last but not least we stopped in for a plate of escargots each, and Camille and Charlotte stuck their toothpicks in the piping hot shells and gobbled them up like good little french children. Even the guy who ran the stand was suitably impressed with their escargot eating enthusiasm and dexterity. We didn’t move to France for naught…