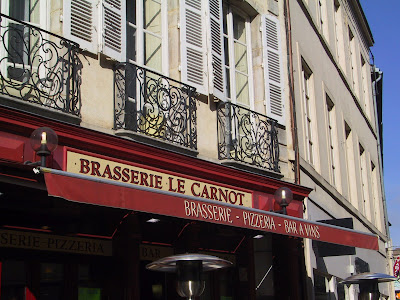 One of the ways I always used to know I had set foot in France was being enveloped in a welcoming cloud of cigarette smoke at Charles de Gaulle airport. That, and hearing the bleating “no smoking” message that was constantly broadcast through that very same airport, and which the nicotine-addicted French blithely ignored.

Besides the odd ciggy at high school parties in what I am sure was a failed attempt to look cool, I have never been a smoker. I am addicted to many things – coffee, black chocolate, and most recently having my new house cleaner come once a week – but luckily for me I just never found cigarettes pleasurable enough to add to my list.

So for years I considered putting up with smokey restaurants, parties, dinners, cafes, and airports in France as a necessary evil. I was in France after all, and everyone knew the French (including my husband) smoked like chimneys. Besides, I was in the minority. At dinner parties in Canada my husband was always the only one who smoked, whereas in France I was always the only one who didn’t smoke. I refused to be one of those self-righteous foreigners who insisted things be done MY way. So I soldiered on, coughed a lot, and developed a memorable case of asthma that year we lived in Paris.

But something funny happened around ten years ago. First, my pack a day husband quit for the umpteenth time and much to everyone’s surprise it stuck. Then, we began finding ourselves at dinner parties in France with our formerly cig-puffing friends and would notice that no-one was smoking anymore. There were also a few babies crawling underneath the table that hadn’t been there before.

It was undeniable. Smokers were becoming the minority in France, except in public places such as restaurants or cafes where France’s liberal smoking laws meant that you could cut a cube of air out of these places and it would be solid.

However, as of January 1st this year I am happy to report that the new “no smoking in public places” law actually seems to be working. This isn’t, mind you, because the French have suddenly become a law-abiding people, but because the fines are insanely high. Hey, whatever works.
During my recent afternoon out in Beaune with Camille we went into our favorite café, the Café Carnot and it took me a few minutes to realize that something was different; I wasn’t served up an asthmatic cough with my espresso. As we didn’t have to put up with a chain-smoking lady in a fur coat beside us, we lingered longer than we ever had. It was lovely. 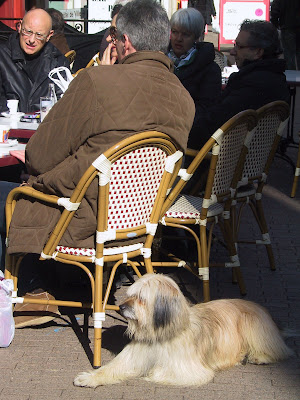 Even the ubiquitous dogs you find in French cafes look happier and more relaxed, especially because no-one would ever consider banning them. It’s a relief to see that France remains France, après tout.