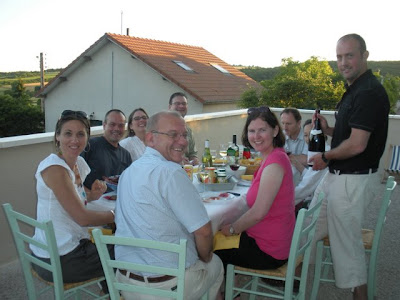 I’ve been back in Canada almost two weeks now. There’s something about living abroad that allows you to come back home and see things with new eyes. Sometimes it’s reassuring, sometimes it’s unpleasant, but one thing is for sure; it’s always interesting.

At the risk of offending some – scratch that and replace with “many” – people, I am going to report on the various things that have given me that good ‘ole culture shock feeling when I come back to North America.

Let me just preface this by saying that I loathe the word “should”. The below should not be read to mean that I have found a better way of doing things that everyone else should immediately adopt. I simply find these cultural differences fascinating, and I personally use my own brain and personal knowledge of myself and my children to pick and choose what I feel works best from both cultures. Feel free to do the same. Or not.

Last week my children went to a pottery class for three days between 1:00 and 4:00 in the afternoon. On the first day I wondered for about a millisecond whether I needed to pack a snack, and then I thought to myself That’s ridiculous. They’re only there for three hours and they will have just had lunch.

But I was wrong. Oh so ever wrong. My girls came back accusing me that they were the ONLY ones without a snack, and basically made me feel like a child abuser for being so negligent. My excuse was that as far as meals go, I now try to do things the French way no matter where I am.

In France, there are four meals a day. These are as follows;

Breakfast
Lunch – usually hot and almost always eaten while sitting down at a table
Light Snack – around 4:00pm
Dinner – around 7:00pm

It’s simple. Four meals a day. Pretty much all of France is eating these very same four meals at the same time, which admittedly can be a bit of a problem if you go into a French restaurant at 3:00pm and ask for lunch.

Likewise, the goal of any New Mom in France is to get her baby eating four meals a day in sync with the rest of la nation. Granted, this is definitely easier for bottle-fed babies, and in France’s fundamentally non-judgemental atmosphere towards mothering this is recognized and respected. We all do the best we can.

With the exception of the occasional wonky day due to bad sleep or new teeth or any of the myriad of little things that can niggle babies, Clementine is now on four meals a day, and has been since she was about four months old. Let me just say, OH MY GOD, it is SO much easier than feeding on demand.

This is what all French children adhere to, and this is what the huge majority of French adults adhere to as well, with the exception of the inclusion or exclusion of the afternoon snack depending on each individual’s appetite and also what time they generally eat dinner. It simply wouldn’t occur to a French child or adult to eat anything outside of these times.

The three main meals are generally quite hardy and tend to include at least one member of each food group (i.e. starch, fruit, veg, protein, dairy product). With the exception of the 4:00 snack, or “gouter” as it’s known in France, these meals are eaten at a table with other members of the family. TV is not invited to the family meal, but good conversation is always welcome. All in all I have found it to be a recipe for fairly sensible nutrition, a basis for good eating habits and social graces, and just a moment of pure satisfaction and pleasure.

When I come back I’m always struck by the differences I observe here in North America. With the exception of perhaps Dinner, people often graze all day long. Children generally don’t eat very much at meals, nor are they expected to, and then they demand a snack often less than half an hour after leaving the table.

The reaction of a French parent would be thus, “Are you kidding me!? Non! Now go and play while I drink my café.”

When we lived here with toddlers before moving to France, Franck could never get his head around the need for North American parents, including his dear wife, to constantly pack around little Ziplocs of Cheerios and fluorescent orange fish for their offspring.

“Do they think their children are going to vanish into thin air if they are not fed immediately?” he wondered out loud. “Do they actually think they’re going to expire on the spot from hunger?”

I sometimes wonder if the North American snacking phenomenon doesn’t stem from our immigrant ancestors who in most cases were only a few instances of bad luck away from starvation. While carving a civilization out of the wilderness, I can’t imagine they missed many opportunities to eat if there was something available to be eaten. Besides, hewing tree stumps can give one quite an appetite…

But the civilization has now by in large been carved, and the snacking continues unabated. The nutritional problems stemming from these eating habits is self-evident, but I am no dietary expert nor do I pretend to be. Besides, I truly do respect the fact that each person has their own way of doing things. However, nutritional issues aside, I have a major problem with this constant snacking, particularly when it comes to my own children. It is this; I am an adult with my own needs and desires, and you seem to have mistaken me for a short-order cook.

In France, it is the parents who dictate when and what their children are going to eat, not the reverse. This, I believe, goes a little way in explaining why French parents don’t seem quite so exhausted all the time.

Children are adored in France, but their needs and desires are not permitted to trample the needs and desires (i.e. I need to sit down and read a book right now rather than preparing you food all day long) of adults, and more specifically their parents. And this is one aspect of French culture that I for one have adopted.