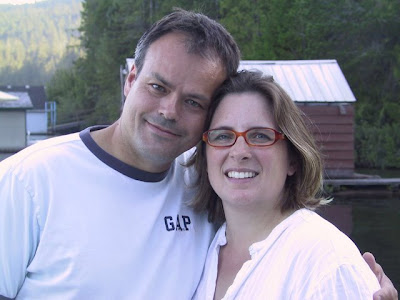 *”Un Petit Peu” French Lesson#2 : Be Unreasonable
The French put a lot less store in Reason than us Anglo-Saxons.

When the French announce – and they frequently do – that they have taken action or made a decision sur un coup de tête it is done with pride. This is because un coup de tête means by definition that the twin filters of logic and reason have been bypassed in their entirety.

Make no mistake about it, whereas North American society makes a passtime of elevating “reasonable behaviour” (eating low-fat, high fibre meals, picking a compatible life partner, taking control of your health, etc.) into a new-age religion, the French consider Reason rather tedious. Which, when you think about it, isn’t that far off the mark.

They view unreasonable behaviour on the other hand as a sign of creativity, la passion, and an unwillingness to conform to society’s rules. The French place a lot of value in such things and let’s face it, they sure sound like a hell of a lot more fun than diligently forking back a plateful of broccoli.

My French husband Franck and the tale of how he chose his major in university is a prime example of how the French have no problem being unreasonable.

I picked English / French Literature at McGill only after many hours spent pouring over course catalogues, conferring with advisors, and contemplating how I could spin my chosen major into a profitable and fulfilling career (just for the record, I’m still working on this head- scratcher).

Guess how Franck chose to major in Sociology?

The girl he had been admiring from afar happened to be just in front of him in the choosing majors sign-up line, and she signed up for Sociology. If he didn’t sign up for Sociology as well, how was he ever going to end up in the same classes as his unrequited love? Besides, if Sociology was good enough for that intriguing girl who bore a striking resemblance to Annie Lennox of the Eurythmics, it was good enough for him.

The irony of this story is that the Annie Lennox doppelganger dropped out after only two semesters, never to be seen again. By that time, however, Franck had started to find Sociology rather interesting.

And if Franck wasn’t the kind of person to do things on un coup de tête, I don’t think he would have openly declared his interest in being my boyfriend on the very first night we met, despite the fact that I had just informed him I was seeing someone else. I also don’t believe he would have packed his gunny sack full of his grandmother’s gateau de savoie and bottles of Burgundy crémant like he did and fly away on a one-week ticket to Montreal so that we could be together.

And when I think about it, many of the best decisions I ever made in my life were made counter to logic and reason; I am not French enough to quiet those little voices completely, but I can choose to ignore them.

Here are just a few examples – moving in with Franck when I was a mere 18 years old, taking a year off after university to travel to Nepal, moving to France with two young children and the crazy notion of renovating and equipping La Maison de la Vieille Vigne in a mere 6 months, deciding to have a third child…

So go ahead and be un petit peu French this week. Give yourself permission to be unreasonable, you may be glad you did.

*For the uninitiated, “Un Petit Peu French” Fridays give ideas for injecting a bit of “Frenchitude” (French + attitude – get it?) into your life, no matter where you live.