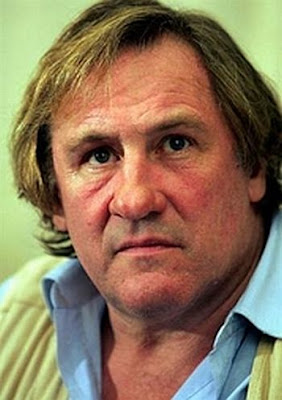 Of the many things that gave me culture shock when I was back in Canada this summer, the most striking was the obsession that North Americans seem to have with watching and commenting on each other’s weight.

At least six times during my stay in Canada, I would be having a conversation with a friend or acquaintance when the subject of somebody we both knew would come up.

“She’s looking great these days,” my fellow conversationalist would say with forced enthusiasm.

And then I would wait one second, and then another…waiting for it…

And then it came. “She’s really lost some weight.”

In Canada, EVERY SINGLE time a person’s attractiveness was evoked, so was their weight, or rather their weight loss.

Worse still was the reverent tone used when evoking the weight loss winner, as though the accomplishment of losing ten pounds was right up there with winning the Nobel Peace Prize. A tad worthier, perhaps.

I was discussing this phenomenon with a Canadian friend of mine, and she told me of a harrowing afternoon she had recently spent at a Victoria beach with a friend who spent the entire time critiquing the bodies of the other women frolicking in the sand. My friend finally had to inform her beach companion that she didn’t want to waste a gloriously sunny afternoon picking apart other women’s figures.

In France weight, like money and reasonable behaviour , is generally considered to be a boring topic of conversation. Moreover, in France, as Yoda would put it, the Perfect Body Mass Index does not an attractive person make.

Rather, attractiveness is seen here as a unique alchemy of style, charm, intellect, and being comfortable within yourself and your life. In France, many people who have far from the “perfect” body are considered extremely attractive. Just take a moment to ponder Gérard Depardieu’s status as a sex symbol for goodness sake.

The goal for both men and women is to feel “bien dans sa peau” or to feel “good in your skin”. Health goes hand and hand with pleasure, and there is little of the self-flagellation that is the by-product of this North American obsession – and no I don’t think that’s too strong a word – with weight loss.

When you think about it, even a substantial weight loss is not going to change the huge majority of us into someone we are not – i.e. Angelina Jolie and Brad Pitt. The French wouldn’t be able to understand this North American thirst for self-transformation. Why would anyone want to look like somebody else rather than being authentically themselves? It’s pointless. Besides, attractiveness isn’t a matter of competition, but of individual expression.

So then why do so many North Americans, in contrast, constantly monitor each other’s weight?

My hunch is that weight loss is held up as such a holy grail in North American society – the key to immortality and everlasting nirvana if you were to believe North American TV and magazines – that most people either feel bad because they don’t measure up to the unrealistic ideal, or annoyingly self-satisfied because they do.

As for the self-satisfied group, their status is by definition short-lived. Just as there is always someone richer, there is always someone with a “better” body. The media make people feel as though they never look the “right” way, and what do people in a competitive society do when they feel insecure? They measure themselves constantly against others, seeking reassurance (but never finding it) that they are doing OK.

The upshot is that the weight loss madness only serves to make everyone unhappy.

And the most tragic aspect of the whole thing is that North Americans are blessed with an exuberant energy and imagination that I find is lacking in Old World countries such as France.

It’s tragic that instead of harnessing this energy to find a cure for cancer or develop an environmentally friendly fuel, it is being squandered obsessing about the fact that a colleague at the next desk has lost five pounds.

So go ahead and adopt Frenchitude in regards to weight loss; don’t allow it to occupy a disproportionate amount of space in that wonderful brain of yours.

Life is short, and there are so many good books and good meals and good conversations to be had instead.

* Frenchitude Fridays (French + Attitude = Frenchitude) give ideas for how to inject a bit of frenchness into your life, whether you live in Montreal or Mombasa.