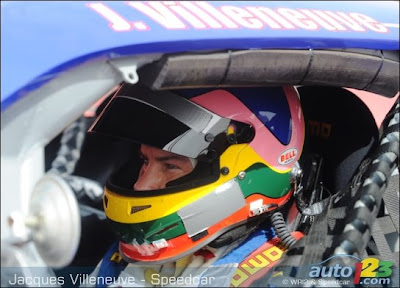 Authentic France Travel Tip #8 : Learn to Drive a Stick Shift
The French love driving cars with stick shifts. As a consequence it is often a bit complicated, not to mention more expensive, to rent an automatic car over here. They are simply a rare commodity in France. Stick shifts are the rule rather than the exception.
If you don’t already know how to drive standard it may indeed seem like a hassle to go to the trouble of learning it in preparation for a French vacation. But for you non standard drivers out there, be honest, isn’t learning to drive standard something you have always secretly wanted to master?
It certainly was for me. Like most fellow Canucks I got my license (on an automatic) the day I turned 16, but somehow managed to never learn to drive a stick shift. That meant that when we came over here to Burgundy on vacation I found myself in a French version of “Driving Miss Daisy” with me as the incapacitated old lady clutching her handbag and Franck as the stalwart chauffeur.
However, Franck being Franck, he wasn’t all that stalwart of a chauffeur. He would leave to “pick up a baguette” at 7:00 in the morning and not come back until around 11:30am. First, he had remembered that he had to drop something off at his parents, then while he was there he couldn‘t not take up their offer of a morning coffee with them, then once in Beaune he realized it was market day so of course that necessitated a stroll around to see the sights, and, wouldn‘t you know it? he’d bumped into a friend that he hadn’t seen in years and it would have been unpardonably rude not to go for a quick café…

So I knew that when we moved here full time four years ago I had to learn how to drive standard. Before we left Canada I made a few half-hearted stabs at getting my Dad or Franck to teach me on my Dad’s temperamental Suzuki Samurai that has the shortest clutch in the Western Hemisphere. They both quickly threw in the towel, however, my Dad citing the risk of a coronary and Franck, divorce.

This experience, while painful, taught me an important lesson; don’t ever ask someone who you feel comfortable berating to teach you to drive a stick shift.

So one of the first thing Franck and I did after arriving in Burgundy was going and signing me up for lessons at the ABC driving school in Beaune. As it turned out, this was an auto-école for masochists, as the treacherously steep driveway backed out directly onto the 3-lane ring road that allows motorists to roar around Beaune in a circular fashion.

I was bequeathed to a chain smoking 50-something instructor named Cyril. I couldn’t yell at Cryil when a minute into my first lesson I stalled half way up the ABC driveway and half-way stuck out on the ring road; I was still far too Canadian for that. However, between frequent stalling I did subject the poor man to an hour long exegesis on the pointlessness of standard transmissions.

Fortuitously, Cyril was a taciturn sort of the tobacco soaked variety. He just nodded, took another drag on his cigarette, and directed me along one of the driving routes he had devised which passed by the window of every lingerie store in Beaune, some twice.

From time to time he would point out a lace ensemble that particularly caught his eye and comment, “There are certainly less pleasant things to look at.”

The long and the short of it is that I have never, in recent memory, felt like such an incompetent ass as during those weeks when Cyril taught me how to drive standard (and the location of every lingerie boutique in Beaune).

Stick shifts were a ridiculous anachronism, I concluded. They were designed for men who had insecurities of a Freudian nature.

And then one day Cyril declared me ready to drive on my own. Sweating bullets I went to pick up Charlotte and Camille from school in Beaune. It was awful. I lurched and stalled, and trying to back in to our rental house in Savigny–les–Beaune I was attacked by one of the huge stone pillars which flanked the gate and made an enormous dent in the car door.

I loathed standard cars. I seriously considered starting a company to import automatic cars into France.

And then one evening shortly after we had moved to Villers-la-Faye, I found myself rocketing down the vineyard slopes towards Pernand–Vergelesses on the way to pick up the girls. Reacting instinctively to the hills beneath my wheels, I smoothly shifted from second to third, and then to forth and back again.

Exhilaration pulsed through my veins. For the first time in my life, I felt like a driver. I was free. I was independent. I was a female version of Jacques Villeneuve!