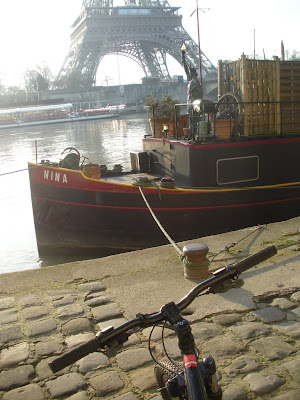 I would say I’m an indulgent wife. After all, I let Franck bring his mistress up to Paris with us on Valentine’s Weekend.
Luckily, his maitresse is his beloved Mountain bike, although she has been rather demanding lately; wanting to come on vacation with us all the time.
As Sunday morning dawned over Paris Franck decided that after spending the entire day with his wife on Saturday, his mistress was feeling sorely neglected. To assuage her ire, he took her for a ride along the quays of the Seine, which are blissfully closed for traffic every Sunday. 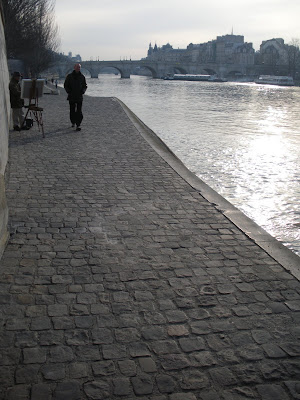 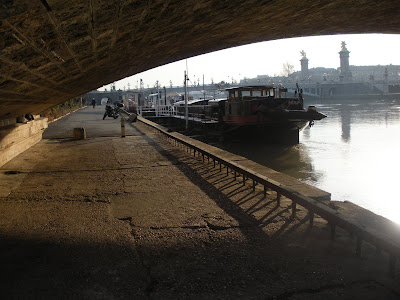 Franck came back flushed and contented, as one generally does after spending time with one’s maitresse. Apparently he wasn’t the only one with the same idea. Parisiens of all walks of life have now begun to use bikes to rediscover their cities in an entirely new way. 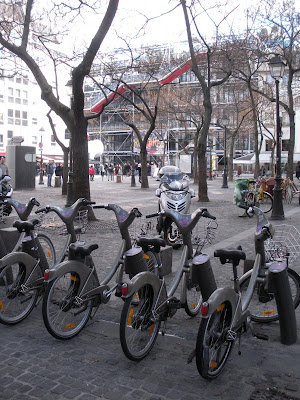 Part of this is due to the “velib” phenomenon (velib’s are the pay as you go bikes you see lined up all around Paris now, as in the photo above ) which began in Paris a year or so ago and has now spread to most major French cities such as Lyon and Dijon. Bike lanes have been created in these towns, and anyone can hope on a bike and peddle around the little lanes and byways.
There are also annual biking events being planned where the cities are largely cut off to all cars, and the bikers get free reign. Franck attended the one in Lyon in the Fall, and then one in Dijon shortly afterwards.
Velotour DIJON: http://www.e-dijon.fr/actualites/36-evenements-dijon/71-dijon-velotour

Franck may in the future incorporate these events, plus a day long bike tour in Paris, into his Grape Trip weeks. If you are interested and would like to find out more information just email me directly. 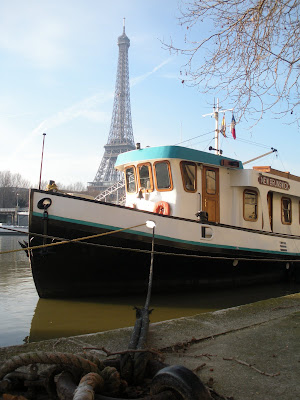 Anyway, back to Paris…Just have a look at what Franck (and sa maitresse) saw on their Sunday morning travels. 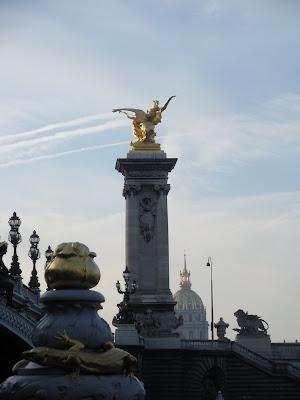 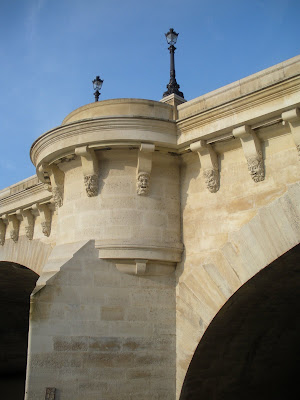 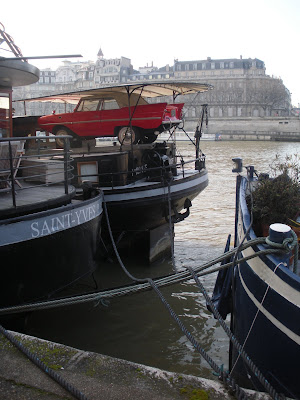 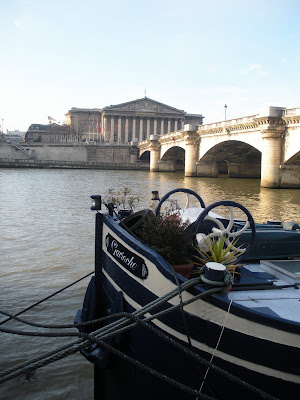 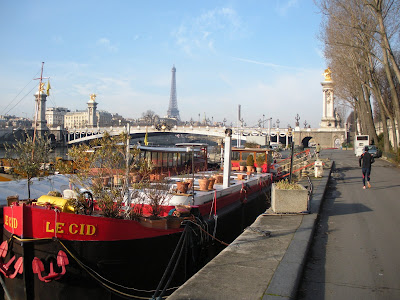 I hope such sights will appease her for a few weeks at least.