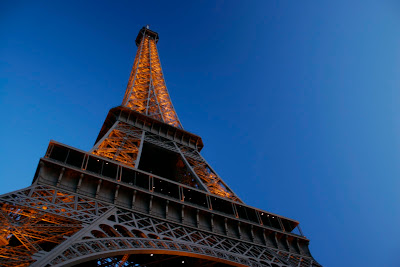 We have all heard about the wonders of “Paris in the Springtime” and, true, it is a pretty nice place to visit in April, May and June.

But I’m not here to tell you things you already know! Instead, I’ll let you in on a little secret…my friend Joelle, owner of the très wonderful l’Atelier de Beaux-Arts right beside the Jardin de Luxembourg, always tries to take her summer holidays in July.

Pourquoi? This long-time Parisienne has discovered a secret that most tourists haven’t figured out yet – there is no better month than August for enjoying Paris. 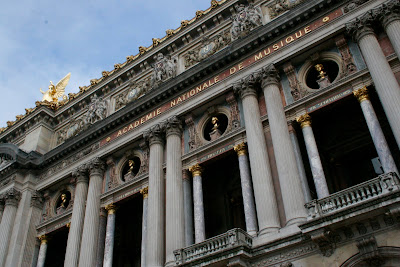 Travel lore has it that Paris is hot, polluted, and over crowded in August. We spent a week there two summers ago and I can personally attest that this is just not so.

True – there are a fair number of tourists visiting Paris in August. However, their number cannot come close to compensating for the mass exodus of native Parisiens in search of the seaside for at least four out of their five weeks of annual holidays.

The upshot? Paris is practically a ghost town in August, which is largely why Joelle (and yours truly) love it so much. 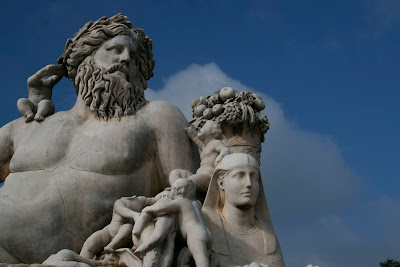 Here are some more good arguments for taking a little Parisian escapade in August:

3) There is free parking all over Paris during August, and traffic is hugely reduced.

4) The much-loved left-wing mayor Bertrand Delanoë began a tradition in 2002 where several areas along the banks of the Seine are transformed into “beaches” with free events, music, and even sand! This phenomenon is called “Paris Plage” and has become hugely popular with locals. Why shouldn’t the savvy tourist also join in the free festivities?

5) Those sultry August nights are perfect for taking bateaux–mouche trips along the Seine, or playing around the Louvre’s pyramids into the wee hours.

6) The warmth of August constrasts perfectly with the cool of a legendary Berthillon ice cream (take my word on this one).

Pleasure is all about contrasts, after all.