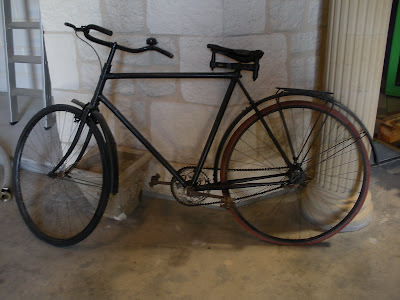 I was warned repeatedly about the parking lot at my big girls’ new school here in Canada. There were just too few parking spots and too many cars, I was told. As a consequence, for the past week I have been doing the daily drop-offs and pick-ups, expecting parking mayhem to erupt at any time.
It hasn’t.
The worst I’ve had to do is park about a minute’s walk (and enjoy a gorgeous stroll along Victoria’s stunning waterfront) away from the school itself. My mind is still spinning over the ease of parking here. Everything happens in such an orderly fashion. People actually obey the rules and excercise self-restraint. I feel like saying, “You think this is difficult parking!? HUH! You don’t KNOW about true parking problems.”
From what I’ve seen so far, I can conclude that Canadian parents are pretty much the exact opposite of French parents picking up and dropping off their children at school.

The parking lot at Saint-Coeur (the girls’ school in Beaune) was the closest thing to true anarchy that I have ever experienced. Toddlerhood is a close second, but I think the Saint-Coeur parking lot still wins out.

Parents would routinely leave their car idling in the only traffic lane while they went to drop off their children and enjoy a leisurely chat with teachers and other parents (who were likewise blocking traffic). When they were yelled at on their return to their vehicle by the drivers stuck behind them they would respond with complete indignance and rude hand gestures.

It was utter lawlessness; virtually no rule or regulation was respected. It was the French laissez–faire attitude taken to its most chaotic extreme.

For the first two weeks of my first year in France I arrived at the school – nice, law-abiding Canadian girl that I was way back then – half an hour before pick-up in a quest to find a legal parking spot. However, I quickly realized that even that early all the legal spots were already taken (by people who worked in Beaune and illegally parked there for the entire day bien sûr).

So over my five years there I became an expert at double parking (even triple and quadruple parking sometimes), parking on sidewalks and crosswalks, and basically every other method of illegal parking that exists.

Through trial and error I also became pro at the parking lot arguments that inevitably broke out.

Even if I was completely in the wrong, I learned that the only effective method was to hurl back accusations louder than my accuser. This cherished French technique, that is even more effective than the myriad of rude hand gestures I mastered, can basically be summed up as NEVER ADMITTING YOU ARE WRONG.

Before you admonish me about my uncivil behaviour, go and try to park in the parking lot of a French school during drop off or pick-up times, then come and give me a guilt trip.

As I learned for myself, these tactics were not optional – they were the basic tenets of survival that allowed me to emerge from the French school parking maw unscathed (most of the time).

Outside of these hours, the French really are a charming group of people.