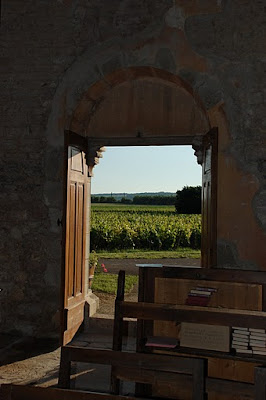 In my very crowded mind an idea has been percolating for some time now – a series of posts containing all of my thoughts, advice, (which you are free to take or ignore – I won’t be offended), and ideas about how to have a successful sabbatical in France.

Over our 10 years owning and managing vacation rentals in Burgundy, we have had many guests come on sabbaticals – anything from 2 months to 10 months. Some of them (most, I like to think) have had an amazing, life-enriching experience. There is small minority, however, who have been thoroughly disenchanted with their experience of living in France.

In my experience, there is one main difference between these two groups of people; expectations.

The people who become quickly alienated from French culture and French life are invariably the ones who are chasing after Utopia. They expect life in France to live up 100% of the time to Peter Mayle books and those glossy spreads in the travel magazines I love to read.

Dreaming of utopia is something I think all of us humans like to indulge in, but it can become dangerous when we mistake dreams for reality.

To truth of the matter is that if you are on sabbatical in France, you will undoubtedly experience some moments that will truly live up to The France Dream; snatches of time lingering on a cafe terrace, shopping at one of France’s glorious markets, traveling to Paris or the Cote d’Azur for the weekend…but the reality is that between these transporting episodes, there will be a whole lot of real life with all of its ups and downs.

The people who embarked on their French sabbaticals expecting basically a foreign version of real life were by far the happiest. They were able to savour the blissful “French” experiences and yet not be too unsettled by the fact that these always gave way to real life at some point.

Whereas the ones who went on sabbatical thinking that France equalled utopia were beyond unerved when they realised their life in France included mundane things like reconnecting their phone line and going to the Docteur for a bladder infection.

“Wait a minute!” they would think, indignant. “There were no photo spreads in those glossy magazines of anyone peeing in a cup at the medical lab. It’s all a lie! Utopia isn’t in France after all…it must be in Spain, or Greece, or Hawaii…”

And so their fruitless search for Utopia continued unabated, and they would completely forget to go to the cafe next to the lab after handing in their urine sample to enjoy a nice French espresso and a pain au chocolate.