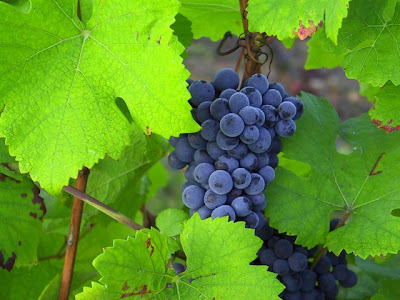 You see, between managing our three rental houses, feeding and keeping my children (more or less) clean, and occasionally doing a very mediocre and bad-tempered job of shoveling out our house, I also translate the occasional thing for the BIVB and the Chevaliers du Tastevin, who between the two of them control much of the public dissemination of Burgundy wine related information. Often I get to translate press releases, which I quite like because I get a sneak peak at insider information before everyone else. And today, my dear reader, I shall pass this sneak peak on to you.

Today’s translation was about the 2007 harvest which will be winding up over the next few days. I’m going to paraphrase as if I cut and glue my translation verbatim there is an off chance I could be accused of plagiarizing, and may lose my translation gig in the process. However, I’ll be sure to include everything important, so you can have this crucial information before anyone else, including the media.

How’s that for privileged? 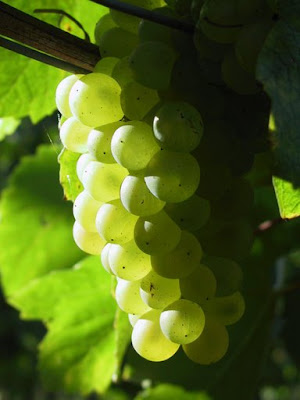 For the second time in 5 years (the last time was in 2003) the grape harvest began in August here in Burgundy. However, this does not mean the two vintages are comparable in any other way (my note here for Grape Journal readers: 2003 was the year of the dreaded summer heat wave, or “canicule” which produced wines that have the characteristics of stronger, Southern wines rather than typically Burgundian wines). This precociousness is mainly explained by an early flowering that was the product of a mild Winter and a warm Spring. Unlike 2003, however, the weather turned cool and humid shortly thereafter which slowed down the maturation of the vines.

This year Burgundian winemakers were not favoured by the weather. The maturity of the grapes varied greatly from parcel to parcel. As a result, “les bans” – or the administrative decision which allows professionals to begin harvesting – was published early, thereby allowing each winemaker the freedom to choose the optimum moment to begin the harvest.

The weather during the harvest was dry and sunny weather, which meant that the grapes continued to mature right up until the moment they were harvested; the sugar tests conducted by the BIVB confirmed that the concentration of the sugar in the grapes increased on a regular basis. Thanks to wet, cool weather the sanitary condition (note to Grape Journal readers: levels of mould and rot) of the grapes remained satisfactory. The producers remained vigilant nevertheless and did not hesitate to exercise a thorough sorting wherever the parcels demanded it.

For the 2007 vintage, Burgundian professionals, equipped with their experience and the diversity of their “terroir”, will produce wines that live up to Burgundy’s fine reputation!

P.S. I’ve also included some lovely pics Franck took last week of both red and white grapes just above our house here in Villers-la-Faye. These grapes are all picked now and are macerating away in the cuveries throughout the village.